IS CRYPTOCURRENCY LEGAL IN NIGERIA?

The emergence of technology and its growing outreach throughout the world has brought about rapid ease in the way people live and perform their everyday activities. This adoption of technological innovation has brought about new and illegitimate methods of earning and making a profit for people all over the world while using Nigeria as a case study.

Cryptocurrency is one of the fast-rising profit-making platforms that make use of Blockchain technology for its operation and is fast becoming a major platform most Nigerians venture into. Before we delve into the subject matter, let’s take a look at what cryptocurrencies are, their history and fact to consider if cryptocurrency is legal in Nigeria or not.

Read Also: 10 Reasons Why You Should Be Investing in Cryptocurrencies

To get clarity, we’ll be discussing various definitions of what a cryptocurrency is, to get a clear picture of the subject matter.

A cryptocurrency is a form of currency whose transaction is done digitally or virtually. It’s a payment system that is widely recognised and accepted as a means of payment used in the exchange of goods and services. It’s a digital form of payment that is not dependent on a central monetary authority such as the government or bank.

Cryptocurrency is simply a digital or virtual coin that is accepted as a legal tender. That is, it can be used as a means of payment for goods and services. It is any form of currency that exists digitally or virtually and uses cryptography to secure transactions.

It can also be regarded as a digital payment system that doesn’t rely on any bank to verify transactions. It functions as a peer-to-peer system that can enable anyone anywhere in the world to send and receive payment.

Crypto is the virtual coin that is run on a Blockchain, encoded in a series of codes from which a personal account is created similar to a bank’s balance sheet or ledger. Each currency has its Blockchain which is an ongoing constantly re-verified record of every single transaction ever made using that currency.

Cryptocurrency or crypto is a digital or virtual currency designed to work as a medium of exchange through a computer network that is not reliant on any central authority, such as a government or bank, to uphold or maintain it. Individual coin ownership records are stored in a digital ledger, which is a computerized database using strong cryptography to secure transaction records, control the creation of additional coins, and verify the transfer of coin ownership. It does not exist in physical form like paper money and is typically not issued by a central authority.

Cryptocurrency is headed by a technology known as a blockchain. Its function is to store information in a digital layout in a decentralized legal systematic way.

Nigeria is one of the forerunner countries in the world when it comes to the adoption of cryptocurrency. Based on statistics, it’s been shown that Nigeria has traded nearly $600 million in Bitcoin in the last five years making it the second-largest Bitcoin market after the United States.

See also   Is Saving With Piggyvest Good? - 13 Reasons Why You Should

It is important to take a look back to the earliest stages of cryptocurrencies, how they came into existence and the series of ups and downs (the support they gained as well as criticism by the government) to decide if cryptocurrency is legal in Nigeria. This research of the history is solely a piece of information obtained from Wikipedia, so little or no changes are made so as not to alter its original message/meaning.

In 1983, the American cryptographer David Chaum conceived an anonymous cryptographic electronic money called ecash. Later, in 1995, he implemented it through Digicash, an early form of cryptographic electronic payments which required user software to withdraw notes from a bank and designate specific encrypted keys before they can be sent to a recipient. This allowed the digital currency to be untraceable by the issuing bank, the government, or any third party.

In 1996, the National security agency published a paper entitled-How Make a Mint: the cryptography of Anonymous Electronic Cash, describing a cryptocurrency system, first publishing it in an MIT mailing list and later in 1997, in the American Law Review (vol. 46, issue 4).

Like bitcoin and other cryptocurrencies that would follow it, bit gold (not to be confused with the later gold-based exchange, BitGold) was described as an electronic currency system that required users to complete a proof of work function with solutions being cryptographically put together and published.

In 2009, the first decentralized cryptocurrency, bitcoin, was created by presumably pseudonymous developer Satoshi Nakamoto. It used SHA-256, a cryptographic hash function, in its proof-of-work scheme. In April 2011, Namecoin was created as an attempt at forming a decentralized DNS, which would make internet censorship very difficult. Soon after, in October 2011, Litecoin was released. It used Scrypt as its hash function instead of SHA-256. Another notable cryptocurrency, Peercoin, used a proof-of-work/ proof-of-stake hybrid.

On 6 August 2014, the UK announced its treasury had commissioned a study of cryptocurrencies, and what role, if any, they could play in the UK economy. The study was to report on whether regulation should be considered. Its final report was published in 2018, and it issued a consultation on crypto assets and stablecoins in January 2021.

In June 2021m El Salvador became the first country to accept bitcoin as legal tender after the legislative assembly had voted 62-22 to pass a bill submitted by President Nayib Bukele classifying the cryptocurrency as such.

In August 2021, Cuba followed Resolution 215 to recognize and regulate cryptocurrencies such as bitcoin.

In September 2021, the government of China, the single largest market for cryptocurrency, declared all cryptocurrency transactions illegal, completing a crackdown on cryptocurrency that had previously banned the operation of intermediaries and miners with China.

Read Also: 10 Investing Tips for 2022 That Only the Rich Knows

Is Cryptocurrency Legal In Nigeria?

CBN stated that the reason it sanctioned these policies was based on its assertion that cryptocurrency is created by companies that are not regulated and not legally recognised to operate as a registered company and it claims that these companies can’t be controlled and it also stated that because cryptocurrency users are untraceable and anonymous its operation could be used for illegitimate actions such as money laundering, cybercrime and terrorism.

But does this law mean that cryptocurrency operations are termed illegal in Nigeria?

While banks and other financial institutions are banned from dealing in cryptocurrency, cryptocurrency has not been termed illegal, rather it is not regulated and controlled. It simply means getting involved with cryptocurrency activities does not connote one as participating in illegal activities or going against the law. Cryptocurrency is not officially recognised in Nigeria as money but involving in it is not an illicit action.

Despite this law made by CBN, one thing is known and it is the fact that cryptocurrency continues to thrive in Nigeria as it operates on a decentralized system therefore Nigeria citizens found a way to keep cryptocurrency transactions going without making use of banks or any financial institution to carry out its operation through the peer to peer trading mode of transaction.

It simply means rather than the traditional model where people buy Bitcoin directly from their bank, the buyer transfers the Bitcoin or any altcoin worth the exact amount he/she wants to buy directly to the seller’s bank account like any normal bank transaction and the seller sends the crypto to the buyer’s wallet through the exchange. This has made crypto transactions an easy flow without defaulting the stated sanction over it.

Before now, Banks were operating directly with these exchanges to buy directly from your bank account but after the proclamation by the government that it is illegal, Banks were asked to disable the feature and in quick response to the action taken, crypto exchanges Incorporated the peer to peer support system.

This has helped to overcome the weariness of not going against the laws laid by the government.

The Pros Of Cryptocurrencies Operation

The Cons Of Cryptocurrencies Operations.

Even though efforts have been put into place to limit cryptocurrency usage in Nigeria, it has continued to make headway as more people especially youth continue to engage in it using it as an avenue to make extra income.

Despite the shortcomings as seen in the history of this article, when in September 2021, the government of China, the single largest market for cryptocurrency, declared all cryptocurrency transactions illegal, completing a crackdown on cryptocurrency that had previously banned the operation of intermediaries and miners with China, and yet there’s a crypto whale account on Twitter promoting potential cryptocurrencies meme coins that have future potential.

It is also important to know that despite the criticism surrounding the adoption of cryptocurrencies, there’s still a mass adoption and support of the first mother coin known as Bitcoin over decades although governments have been fighting it. It’s quite interesting that Bitcoin has been in existence since 2009 when the price was less than a cent but today, at the time of writing this article, Bitcoin is over $40,000 and not to mention the fact that it has reached an all-time value of $60,000 before now.

With these facts, here’s a final note.

Cryptocurrencies are legal and because certain countries including Nigeria can’t control them, it was termed illegal. Cryptocurrencies have come to stay and it’s the only financial project thus so far geared in support of humanity and is thriving to eliminate the gap between the rich and the poor.

How to Market a Logistics Company: 5 Low-cost Strategies

Previous articlePOS BUSINESS IN NIGERIA: HOW TO START AND BECOME PROFITABLE
Next articleHOW TO BECOME A MOBILE MONEY AGENT 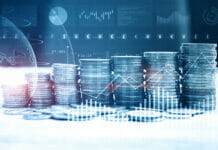 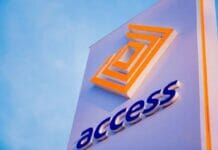 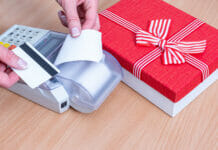 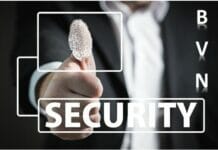 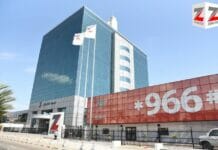