See also  How to Start and Run a Vlog Successfully

Free Access To Email Exclusive ContentGet notified and be the first to know when new & hot content drops
HomeWhat Is Crypto Trading? - Things Your Should Know Before Investing in...
Featured

What Is Crypto Trading? – Things Your Should Know Before Investing in Crpto

Before delving into “what is crypto trading” and what its components are, let’s begin by understanding the concept of trade/trading.

Trading is a simple term that means the exchange of one good, commodity, or service between two persons, groups, or a third party to another. Trading is an act by which exchange is completed and disbursed to the last chain of supply known as the consumer.

WHAT IS CRYPTO OR CRYPTOCURRENCIES?

Cryptocurrency is simply a digital or virtual coin that is accepted as legal tender that is, it can be used as a means for payment of goods and services. It is any form of currency that exists digitally or virtually and uses cryptography to secure transactions.

It can also be regarded as a digital payment system that doesn’t rely on any bank to verify transactions. It functions as a peer-to-peer system that can enable anyone anywhere in the world to send and receive payment.

Crypto is the virtual coin that is run on a Blockchain, encoded in a series of codes from which a personal account is created similar to a bank’s balance sheet or ledger. Each currency has its own Blockchain which is an ongoing constantly re-verified record of every single transaction ever made using that currency.

According to Wikipedia, a cryptocurrency, crypto-currency, or crypto is a digital currency designed to work as a medium of exchange through a computer network that is not reliant on any central authority, such as a government or bank, to uphold or maintain it. Individual coin ownership records are stored in a digital ledger, which is a computerized database using strong cryptography to secure transaction records, control the creation of additional coins, and verify the transfer of coin ownership. It does not exist in physical form like paper money and is typically not issued by a central authority.

A brief history of how crypto/cryptocurrency came into existence.

In 1983, the American cryptographer David Chaum conceived an anonymous cryptographic electronic money called ecash. Later, in 1995, he implemented it through Digicash, an early form of cryptographic electronic payments which required user software in order to withdraw notes from a bank and designate specific encrypted keys before they can be sent to a recipient. This allowed the digital currency to be untraceable by the issuing bank, the government, or any third party.

In 1996, the National security agency published a paper entitled — How to Make a Mint: the cryptography of Anonymous Electronic Cash, describing a cryptocurrency system, first publishing it in an MIT mailing list and later in 1997, in the American Law Review (vol. 46, issue 4).

Like bitcoin and other cryptocurrencies that would follow it, bit gold (not to be confused with the later gold-based exchange, BitGold) was described as an electronic currency system that required users to complete a proof of work function with solutions being cryptographically put together and published.

In 2009, the first decentralized cryptocurrency, bitcoin, was created by presumably pseudonymous developer Satoshi Nakamoto. It used SHA-256, a cryptographic hash function, in its proof-of-work scheme. In April 2011, Namecoin was created as an attempt at forming a decentralized DNS, which would make internet censorship very difficult. Soon after, in October 2011, Litecoin was released. It used Scrypt as its hash function instead of SHA-256. Another notable cryptocurrency, Peercoin, used a proof-of-work/ proof-of-stake hybrid.

On 6 August 2014, the UK announced its treasury had commissioned a study of cryptocurrencies, and what role, if any, they could play in the UK economy. The study was to report on whether regulation should be considered. Its final report was published in 2018, and it issued a consultation on crypto assets and stablecoins in January 2021.

In June 2021 El Salvador became the first country to accept bitcoin as legal tender after the legislative assembly had voted 62-22 to pass a bill submitted by President Nayib Bukele classifying the cryptocurrency as such.

In August 2021, Cuba followed with Resolution 215 to recognize and regulate cryptocurrencies such as bitcoin.

In September 2021, the government of China, the single largest market for cryptocurrency, declared all cryptocurrency transactions illegal, completing a crackdown on cryptocurrency that had previously banned the operation of intermediaries and miners with China.

HOW DOES CRYPTOCURRENCY WORK?

Cryptocurrency markets are decentralized, which means they are not issued or backed by a central authority such as a government. Instead, they run across a network of computers. However, cryptocurrencies can be bought and sold via exchanges and stored in “wallets”.

Unlike traditional currencies, they only exist as a shared digital record of ownership, stored on a blockchain. When a user wants to send cryptocurrency units to another user, they send it to that digital wallet. The transaction isn’t considered final until it has been verified and added to the blockchain through a process called mining. This is also a means by which cryptocurrencies are created.

WHAT IS CRYPTOCURRENCY MINING?

Cryptocurrency mining is the process by which recent cryptocurrency transactions are checked and new blocks are added to the blockchain.

THE CONCEPT OF BLOCKCHAIN

A Blockchain is a distributed database that is shared among the nodes of a computer network. As a database, a blockchain stores information electronically in digital format.

In the case of bitcoin, blockchain is used in a centralized way so that no single person or group has control- rather. All users collectively retain control.

HOW DOES A BLOCKCHAIN WORK?

The primary function or aim of a blockchain is to allow digital information to be recorded and distributed, but not edited. By so doing, a blockchain becomes the foundation for immutable ledgers, or records of transactions that cannot be altered, deleted, or destroyed. Thus the name DLT which stands for distributed ledger technology — was first proposed as a research project in 1991.

Having dissected some concepts behind cryptocurrencies, let’s take a look at the subject matter:

WHAT IS CRYPTO TRADING? (CRYPTOCURRENCY TRADING)

Crypto trading is the act of speculating on cryptocurrency price movements via a CDF trading account. In simpler terms, cryptocurrency trading is simply the buying and selling of the underlying coins via an exchange.

There are CDFs known as derivatives, which enable you to speculate on cryptocurrency price movements without taking ownership of the underlying coins.

They are leveraged products, meaning you only need to put a small deposit known as margin to gain full exposure to the underlying market. Your profit or loss is still calculated according to the full size of your position, so leverage will magnify both profits and losses.

Read Also: Ten Painless Ways to Save Money Even When Your Paycheck Is Never Enough

When a user engages in crypto trading via an exchange, the user buys the coins themselves. The user needs to create an exchange account, put up the full value of the asset to open a position and store the cryptocurrency tokens in his/her own wallet until he/she is ready to sell.

Exchanges come with their own outrageous learning curve as one needs to get to know the technology that revolves around it and learn how to make sense of data. Many exchanges also have limits on how much one can deposit, while accounts can be very expensive to maintain.

The above research presents you with an idea of how cryptocurrencies came into existence, how it works and makes some clarification behind certain concepts. The cryptocurrency market moves according to supply and demand. However, as they are decentralized, they tend to remain free from many of the economic and political concerns that affect traditional currencies. While there is still a lot of uncertainty surrounding cryptocurrencies, the following factors can have a significant impact on their prices:

On the other hand, crypto trading is the act of speculating on cryptocurrency price movements via a CDF trading account. In simpler terms, cryptocurrency trading is simply the buying and selling of the underlying coins via an exchange.

There are CDFs known as derivatives, which enable you to speculate on cryptocurrency price movements without taking ownership of the underlying coins.

How to Market a Logistics Company: 5 Low-cost Strategies 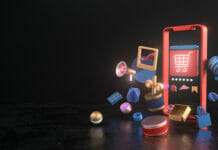 Chipper Cash vs Barter by Flutterwave: A Detailed Review 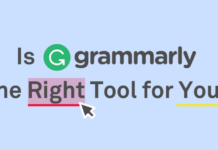 Grammarly Review: This App Will Make you Write Like a Pro 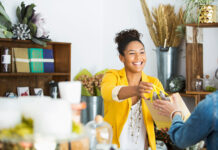 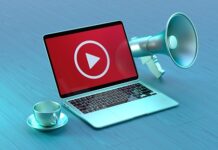 10 Best Ways to Monetize a YouTube Channel Aside from Google... 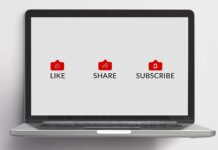